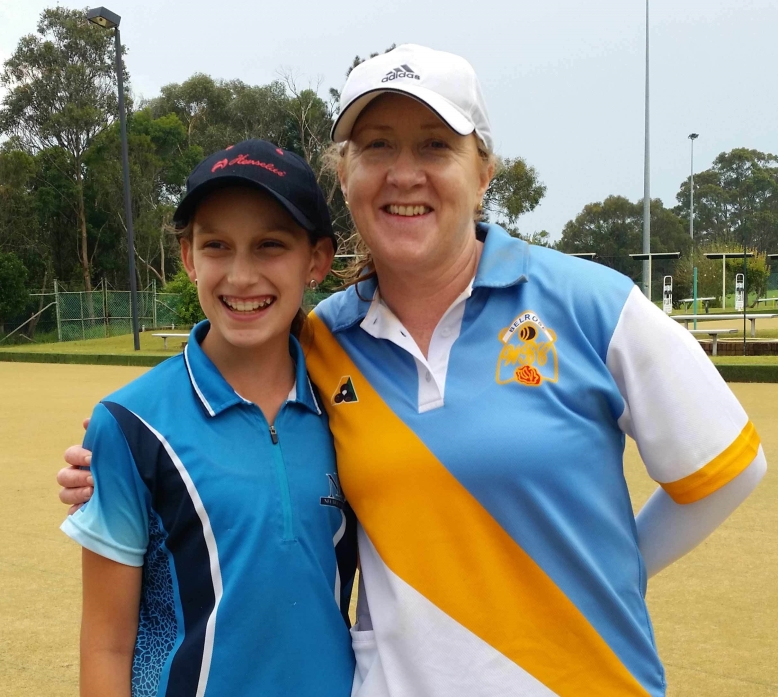 Congratulations to Taylor de Greenlaw (Neutral Bay) on winning the Regional Rookie Singles for 2019. From a field of 22 entered in this event, organised annually by Manly-Warringah District, three North Shore players made their way into the semi-finals played on 3 November at Seaforth BC. Taylor de Greenlaw then progressed straight into the Final on a forfeit, while Belrose players Dale Nuttall and Sarah Cormio played each other in the other semi-final. The closing stages of that game were a cliff-hanger — 20-all … 21-all … 22-21 to Dale … then, with Dale holding, Sarah trailled the jack back to her own bowls near the ditch picking up three shots to take the match, 25-22. In the final, Taylor got off to a good start but then Sarah started rolling the jack to a longer length and slowly clawed back the defecit, then got her nose in front. When heavy rain started to fall, both players struggled with their wet bowls, but Sarah was gaining a slight advantage and got her lead out to 24-20. However, after the rain stopped Taylor tightened her game to claim a 3 and bring the score to 24-23. Buoyed by her performance in the previous end, Taylor then overcame the heavy conditions better than Sarah, who twice got caught up in short bowls while attempting to reach the jack, delivering the victory to Taylor, 25-24. Taylor has been registered as a bowler for just over two years, Sarah for just over one year, and both are only able to play at weekends or in school holidays. Given the skill they displayed in this match, we can expect to see their names on a lot of winners lists in the future. (And with Taylor having just turned 12, that could be a very long future in bowls!)