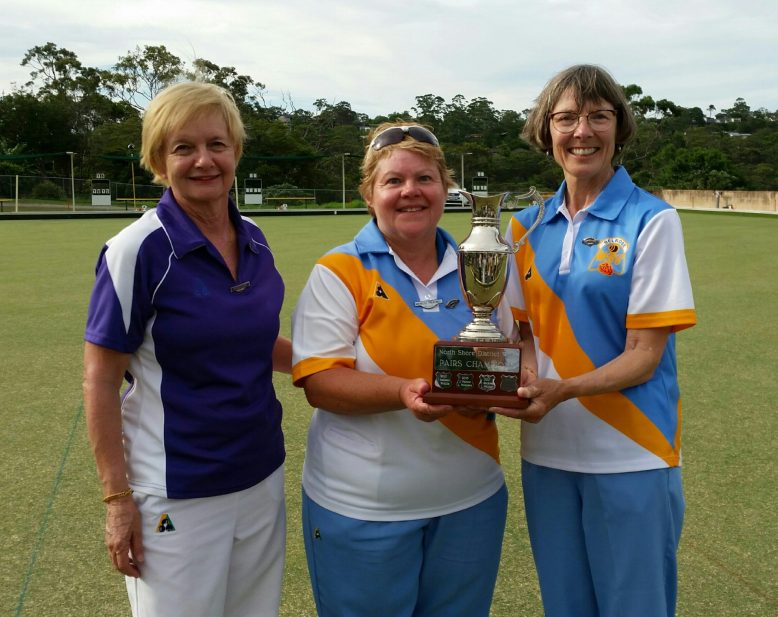 In a very close-fought final at Lindfield, Michelle Treadwell and Billie Maas (Belrose) defeated Emma Brown and Anne Coleman (North Sydney) by 1 shot. Michelle and Billie got off to a good start, but Emma and Anne fought their way back into the game and, once scores were levelled, the teams stayed within 2 shots for the remainder of the game. Trailling by 1 going into the last end, the Belrose team found themselves 1-up then, with her last bow, Michelle drew within 15cm of a jack that was well off-centre at the back of the rink. Despite Anne knocking up one of her own team’s bowls in her final attempt to get shot, it looked to be 2 to Belrose so Billie elected not to play her final bowl. The measure proved it was a count of 2, and Belrose took the game. (This was the third game in a row that the Belrose pair had won by 1-shot: their first game was won by 2!!)

It was great to see the North Sydney team competing in a District championship, made possible by the move to weekend play.
Our District champions have booked themselves a spot in the Regional Play-Off, to be played towards the end of July.