In an enthralling day of bowls at Dee Why, the Newport team of B. Green (S), M. Smith,  J. Russell (sub C. Lindley) and C. Russell won the Regional Open Fours, defeating the Belrose team of L. Hazzard, J. Carpenter, K. King,  and P. Tan (S).  Newport played superb bowls and were in a commanding position throughout the match. The Belrose team never gave in and fought to the end, but it was Newport’s day and they deserved their win.

In the Senior Fours game S Beram, P Wilton, A Vuckovic and J Lea-Tutton of North Sydney were initially struggling in their game against a strong Harbord team of L Belling, R Kennedy, J Newell & C Gordon, however midway through the match the tables turned.  They manged to catch Harbord and never looked back,  eventually winning by a decisive margin.  It was a fantastic effort by this small club which has been through some tough times over the past few years – well done ladies!

Newport and North Sydney  now go through to the State play-offs to be held at Taren Point in October. 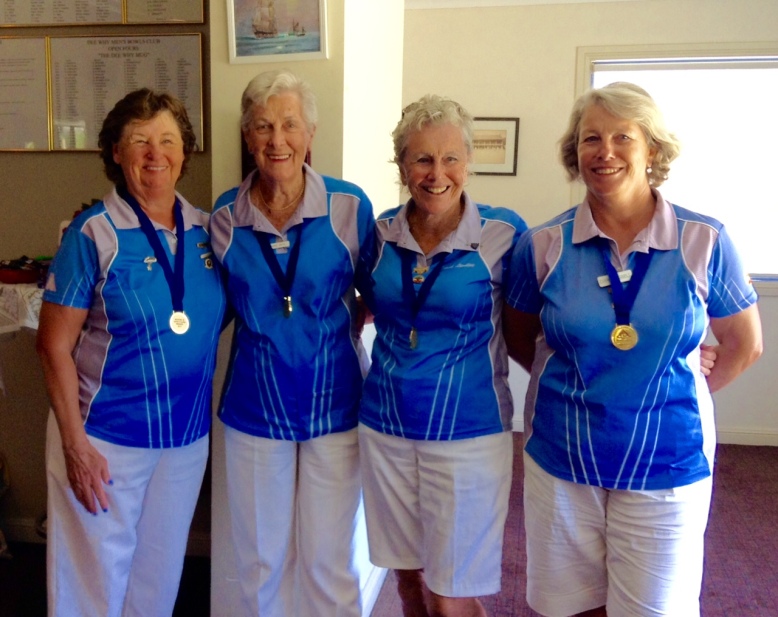