It was an exciting day at Mona Vale where the 2016 North Shore Grades 1, 2, 3 and 4 Pennant winners played against the Manly /Warringah winning sides in the Regional Play-offs for the right to represent Region 15 in the State finals. After the weekend’s deluge, the greens had drained and the supporters came by the car load to cheer on their teams.  The stage was set for a wonderful day of competition.

Neutral Bay played Harbord in Grade 1 and these two sides had their usual tough battle.  Neutral Bay took an early lead and looked set for an easy win half way through the match.  Harbord then started to apply more pressure and gradually clawed their way back into contention.  The final two ends were nail biters, but Harbord played the more consistent bowls under pressure to win the match 38/34. Well played Neutral Bay, it was so close!

Neutral Bay were also in the Grade 2 final, where they played Newport Beach.  This match was neck-and-neck throughout, with the score 17/15 to Newport after 18 ends, and 27/23 to Newport after 34 ends.  Neutral Bay never gave up and came home strongly in a gritty performance for a 43/37 overall win.  Well  done Neutral Bay, a fantastic effort!

In Grade 3 the combined Warringah/Lane Cove side played North Manly.  The Warringah team had a tough game but stayed focused to stay in touch with their opposition, holding them to 10/12 down after 17 ends.  Meanwhile Lane Cove were blitzing their opposition, holding a 21/9 lead on their rink after 17 ends. The combined side won convincingly 41/26 to secure their place in the State finals.  Great work!!

Grade 4 saw St. Ives play Newport, and this match was never in doubt.  St. Ives came out of the blocks with great confidence and were 22/7 up after 18 ends.  They never wavered and by the 30th end were 29/14 up and rolling towards victory!  The final score of 44/24 tells the story of this match, St. Ives were totally dominant throughout.  Well played ladies, you certainly deserved this fantastic result.

Congratulations to the winners and our very best wishes to you all for the State Play-offs in August. 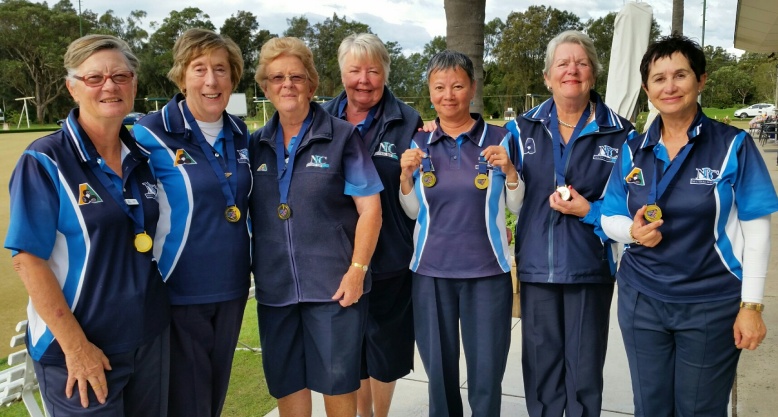